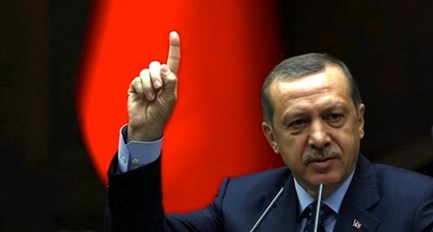 By a razor-thin margin, Turkish president Recep Tayyip Erdoğan has won the referendum to expand exponentially the powers of his office. The results have been challenged for voting irregularities, but they’re unlikely to change the outcome. Given Erdoğan’s record-setting jailing of reporters, his mass arrests after an aborted coup, and his frankly expressed ambitions to Islamize Turkey, these changes will result in a much more authoritarian and Islamic government incompatible with the West.

No one should be surprised, as Erdoğan has always been up-front about his ambitions. At the beginning of his political career in the mid-nineties he said, “Thank God Almighty, I am a servant of the Sharia.” A decade later he said, “Democracy is like a streetcar. You ride it until you arrive at your destination and then you step off.” In 2007, Erdogan said of the term “moderate Islam,” “These descriptions are very ugly, it is offensive and an insult to our religion. There is no moderate or immoderate Islam. Islam is Islam and that’s it.” And last May, referring to democracy, freedom, and the rule of law, he proclaimed in a television address, “For us, these phrases have absolutely no value any longer.”

If Erdoğan prevails in the referendum, then, Turkey is likely to move closer to the model of the Islamic Republic of Iran, and farther from the Western-style secular democracy created by Kemal Atatürk, founder of modern Turkey. Such a development will be a blow for about half the Turks, but also for the widely held thesis that the endemic tyranny and violence within the Muslim Middle East has little to do with Islam, and more to do with the autocratic and illiberal governments that have dominated the region. If Turkey fails after nearly a century of effort to create a secular democracy, then there’s little hope that any other nation can succeed in being true to both liberal democracy and the precepts of Islam.

More important, an Islamized Turkey will confirm what Erdoğan said about “no moderate or immoderate Islam.” For decades the West has indulged a pernicious fantasy that vaguely defined “extremists” unrelated to true Islam are responsible for the carnage afflicting the world. These “extremists” are products of tyrannical governments, poverty, Western historical crimes, the neo-imperialist “Zionist entity,” Israeli “settlements” in the “occupied West Bank,” Western disrespect for the “religion of peace,” and numerous other specious pretexts. Fourteen centuries of jihadist doctrine and action are ignored or rationalized, with a myopia that would have astonished our Western ancestors who fought for centuries against Muslim invaders, colonizers, occupiers, and slavers.

Examples of this delusion are legion. One of the most consequential jihadist organizations has been the Muslim Brotherhood, from which descended al Qaeda. Hassan al Bana, the Egyptian founder of the Brotherhood in 1928, expressed its clearly classic Islamic supremacist ambitions: “It is the nature of Islam to dominate, not to be dominated, to impose its laws on all nations, and extend its power to the entire planet.” For al Banna, jihad remained the time-honored means of achieving this end: “Fighting unbelievers involves all possible efforts that are necessary to dismantle the power of the enemies of Islam including beating them, plundering their wealth, destroying their places of worship, and smashing their idols” ––precisely what ISIS is doing with its genocidal attacks on Christians.

Another influential Egyptian Muslim Brother was Sayyid Qutb, executed by Gamel Nasser in 1966, whom Lee Smith has called “Al Qaeda’s intellectual godfather.” Qutb called the Western liberal-democratic tradition the “debris of the man-made traditions” which has “crushed” the Islamic umma “under the weight of those false laws and customs which are not even remotely related to the Islamic teachings.” Like today’s jihadists, Qutb believed “Islam came into this world to establish God’s rule on God’s earth, to invite all people toward the worship of God.” And he acknowledged that, in line with the previous centuries of Islamic violence, the “obstacles” of the infidel West will not be removed “through sermons or discourse,” for “those who have usurped the power of God on earth and made his worshippers his slaves will not be dispossessed by words alone.”

Yet Obama’s Director of National Intelligence, James Clapper, in 2011 told Congress, “The term Muslim Brotherhood is an umbrella term for a variety of movements. In the case of Egypt, a very heterogeneous group, largely secular, which has eschewed violence and has decried al-Qaeda as a perversion of Islam.” So an Egyptian jihadist organization with a long record of jihadist theorizing is reduced in the country of its birth to a “largely secular” group that has “eschewed violence.” This is the same James Clapper, by the way, who just last fall suggested that “anthropogenic global warming” ––repackaged as “climate change” –– created jihadism by disrupting resources like food and water:  Even “after ISIL is gone,” Clapper lectured, “you can expect some other terrorist entity to arise, and the cycle of extremism [to] continue for the foreseeable future.” Obama and John Kerry made the same preposterous argument.

As for jihad––the divinely mandated religious violence against infidels copiously documented in Islamic scripture and Koranic commentaries––that tradition is explained away as some sort of Muslim Dale Carnegie program of self-improvement. Listen to John Brennan, CIA Director under Obama. In 2009 while still Deputy National Security Advisor, Brenna scolded, “Nor does President Obama see this challenge as a fight against ‘jihadists.’ Describing terrorists in this way––using a legitimate term, ‘jihad,’ meaning to purify oneself or to wage a holy struggle for a moral goal––risks giving these murderers the religious legitimacy they desperately seek but in no way deserve.”

Apparently Brennan thinks he is a better Koranic scholar than the Grand Ayatollah Khomeini, one of the most revered authorities of Shia Islam. Khomeini wrote in 1942, “Those who study jihad will understand why Islam wants to conquer the whole world . . . Those who know nothing of Islam pretend that Islam counsels against war . . . Islam says, Kill all the unbelievers as they would kill you!” And after he effected the take-over of Iran, Khomeini said, “Islam is a religion of blood for the infidels,” and like Mohammed he promised, “We shall export our revolution to the whole world. Until the cry ‘There is no God but God’ resounds over the whole world, there will be struggle.”

The reader should ask, which Islam does Erdoğan’s statements and actions suggest? The Islam of al Banna, Qutb, and Khomeini, or the fantasy Islam of Clapper, Brennan, and numerous other politicians and government officials from both parties?

This is the context in which we must understand Erdoğan’s move away from democracy and towards the restoration of Islam’s role in political and social life. His assertion of Islam’s doctrinal unity suggests that the true “radicals” are those attempting to “reform” Islam and adopt Western models of individual human rights and freedom, liberal democracy, and separation of church and state. For nearly a century Turkey attempted this transformation, one that required the military to enforce. Now we see that the most serious attempt to reconcile Islam to the modern world is moving closer to failure.

The consequences of such a transition will be dangerous. Turkey is a NATO country hosting our important air base at Incirlik, which the Turks just recently threatened to shut down. During last July’s coup attempt, the base had its power cut and was surrounded by 7000 armed police, an ominous portent. More frightening, the U.S. keeps 50 nuclear bombs at the base. And 4.6 million Turkish immigrants reside in European countries, among whom is a large pool of potential jihadist recruits. These facts make an Islamic Republic of Turkey a dangerous proposition.

It’s time to stop indulging the “moderate Muslim” fantasy. There are no doubt millions and millions of Muslims who do not want to practice jihad, or who may be happy to coexist with non-believers. But how do we sort them out? Are these “moderates” the practitioners of the “true” Islam, or are they just bad Muslims? And what should we expect from those “moderate” Muslims when their religious brethren perpetrate brutal attacks?

For example, what was the response of the one million Muslim Londoners to the Westminster Bridge jihadist attack in March that killed five and wounded 50? Were there even 10,000 Muslims who gathered in Trafalgar Square to condemn this violence? One hundred women, mostly Muslim, did form a human chain on the bridge in protest of the attack. But that’s a pretty scanty turn-out from a million “moderates” who presumably find this “hijacking” of their faith an abhorrent heresy. Indeed, since 9/11 there have been precious few of the world’s 1.5 billion Muslims who have consistently and categorically condemned murder in the name of their faith.

Waiting for some natural evolution of “reformation” of Islam is futile, as Turkey is demonstrating.  The fate of Turkey should make us put this simple question to Muslims: are you prepared en masse to reject the venerable doctrines of your faith that justify violence against infidels, and to take action to prove it?